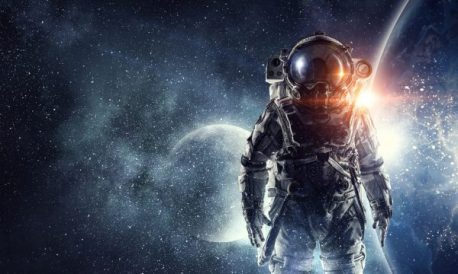 Theme:
“In 2052, you have been recruited to join Rainbow Galactic’s team of astronauts under the Project Delta Agreement. Your mission is to fly onboard spaceship Venus and carry biological experiments on other terrestrial planets to achieve space colonisation through genetic engineering. Will you be able to revolutionise the entire human race or will the project’s dark secrets consume you first?”

A wonderfully themed room, incredibly immersive and decorated with meticulous detail down to the most minute features.
The space conveys a space ship so well that it’s easy to get lost in the immersion and become the character you’re portraying. With the use of clever lighting, audio and visual which only adds to the story and immersion, this game is a technological wonder… I am normally not the biggest fan of entirely tech room, but Delta was unbelivable, technology that worked flawlessly and created the closest thing to being in a Sci-Fi movie.
The space is well lit throughout, with ambient lighting that never impacts on gameplay and the room is more than large enough for 5 players

Game Play:
A entirely liner game that focuses on logical, smart puzzles. Puzzle types were varied and included logic, skill, observation, physical and codebreaking. But what was most impressive about Project Delta was the heavy story aspect that was expertly woven throughout the puzzles… to be frank the puzzles never felt like puzzles, they were a natural extension and progession of the story, with legitimate tasks and objectives that further the narrative.
That being said, the puzzles were exsquiste in not only their logic, but their excecution. With there being no ambiguity or logic leaps yet the puzzles were taxing and interesting and there was a great sense of acheivement and satisfaction once the soloutions were worked out and inputted.
Flow was excellent and even though this was a linear game, there was no feelings of non-participation at any points, all puzzles required all of our brain power and input and it was through this team work that we edged closer to our goal.
Signposting was excellent, with obvious and subtle signposting and layering that not only guided the game but deepend and enriched the narrative.
A true masterpiece of a game that deliveres on all accounts. Not one for the faint hearted, I would suggest playing a good few games before playing Project Delta, whilst its sublime, it is taxing (yet oh so enjoyable)

Clue System:
Clues were sent through an iPhone

Game Host:
Yan was our game host and she was wonderful, so friendly, accomodating and ran our game with precision. AI are also unique in that Yan gave us a thorough breakdown of the game and our performance afterwards, a special and welcomed touch as it showed she was paying utmost attention to our game.