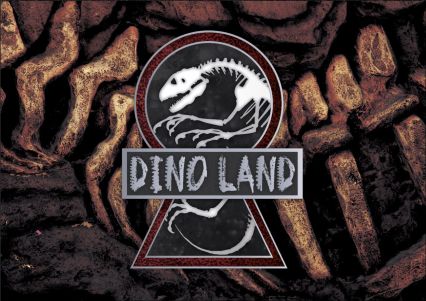 Theme:
“This state of the art facility is currently looking for new rangers! But, it seems you have got a tough first day at work ahead, as soon, the sirens will be blaring! The dinosaurs have escaped! Can you get to safety, and restore the park’s security before the dinosaurs take over the park?”

Dinoland looks great, a HUGE space which encompasses many different areas from outside the facility to it’s labs and control rooms, each area is large… and decorated to perfection. Tactfully sterile, the set pieces are what speak for Dinoland, with control panels, displays, experiments and just hatched dinosaurs.
Dinoland is just cool, and so immersive with the addition of the park ranger and other surprises it really creates a living, breathing park where you could bump into a rouge dinosaur at any moment!

Game Play:
Dinoland’s focus is on experience over puzzles, but this isn’t to say the puzzles aren’t without their charm and are still forthcoming! There is a great mix of logic, word, physical, observation and skill puzzles that all fit perfectly into Dinoland and effect the immersive world that is set up from the very start.
All the puzzles were excellent in their logic, and aren’t out to flummox or confuse you, as this is a story-led experience.
The flow was fast paced and exciting, which was due to the strong sense of narrative throughout the game, which is mainly delivered via the park ranger.
This is a game that you get as much out as you put in, the more you immerse yourself and “get into the game” the more real it becomes and it is masses of fun!
There are plenty of plot twists, action sequences, moments of calm… moments of utter madness that make Dinoland an absoloute romp, we found ourselves so lost in the game at several momements… it was easy to forget that we were in a fabricated space in Gravesend and not actually in the control centre!
Dinoland is an incredibly fun, fast paced and frantic game, that will leave your heart racing without being scary! (There are some surprises that I have deliberatly left out cause… no spoilers.)
You will no leave disapointed in this game, it’s as close as ANY of us are gonna get to real dinosaurs, and for that it is a must do!

Clue System:
Oli, our park ranger was on hand should we need any hints, we also had a walkie talkie

Game Host:
Oli was our ranger and he was so much fun, 100% in character and full of energy!