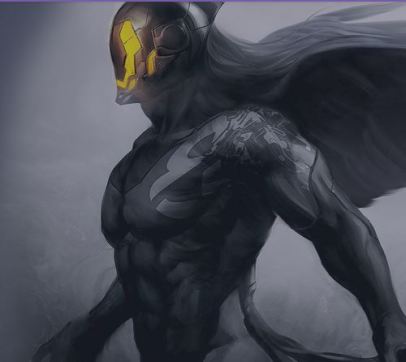 Theme:
“Knightsbane city is under attack. Dr. Drakker, the evil genius has escaped from prison and has sworn vengeance on his nemesis, the city’s hero, Blackwing. He has released all of the other prisoners from Alistair Penitentiary and has tracked down the location of Blackwing’s secret cave. Using his engineering skills he has set numerous traps for the hero by planting various devices in his cave only to be entertained by his torment.

The fallen hero of Knightsbane city must now face his greatest challenge yet by defeating Dr. Drakker once more and bringing him to justice. As Blackwing’s sidekicks you will need to help him throughout all the mad puzzles prepared by his arch nemesis and escape the cave before the time runs out!”

Batman… although there are quite clear disclaimers in the brief this room screams Batman… The decor was quite sterile and plain with nothing that really created immersion but nothing really out of place. The space was large (more than large enough for 6) and very, very dark. At times this impacted on game play, and wasn’t necessarily atmopsheric but I don’t feel it was soley done to increase difficulty levels like some other brands.

Game Play:
A linear game that consisted of teamwork, observation, logic and math puzzles. (A lot of math, much to my chagrin)
Puzzles were logical, and had nice ah-ha moments but at times were techy for techs sake and didn’t really gel with the premise of the room.
The teamwork puzzles were good, and really created a sense of progression through the room, as a critical eye and strong communitcation were the foundation of these puzzles.
Flow was good, signposting was lacking and there were a lot of connections that were made which had no signposting whatsoever – leaving a few “how did that happen” moments in the game.
Overall, this is a decent game with a couple of really nice puzzles that would please Batman fans with its nods to the franchise.
A dramatic ending adds to the fun of this room!

Clue System:
Clues were a strange system… You were given a walkie talkie and then to get a clue you radio through to the host and ask… then they radio back a 4 digit code, which you then put into a digital keypad on the wall which then gives you a clue.
Talk about long winded….

Game Host:
Our game host was fun, attentive and delivered a great brief and story.